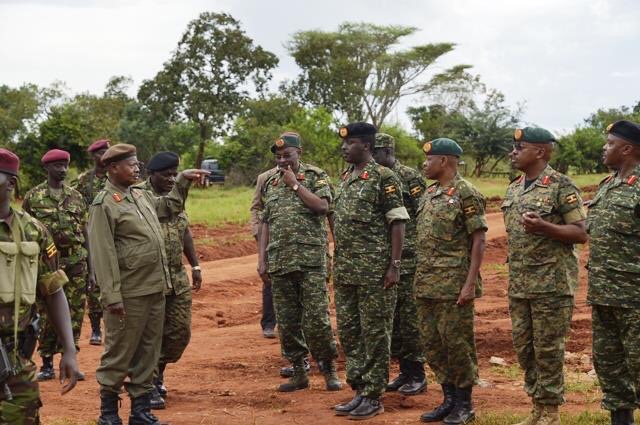 Why keep hustling with something we know we can’t avoid? By now, a true follower of African politics, particularly Uganda has already discerned how Only luck might be the only remaining phenomenon to send away Museveni and his cronies and yet we don’t even know the repercussions that might befall from that. I mean how do you expect to kick Museveni out when the top head of the electoral commission is appointed by him, the Chief Justice to do the handover is appointed by him, the Chief in Defense of the Army is his son? They have to serve their master, employer! The East African heads who are supposed to come to your rescue all bow down to him (the same for African Union), All media houses are lectured on what to report and what not to report, All the rich men feed with him on the same table; who will fund your strikes?

Every Non-Government Organization is closely monitored, he decides how much money should be printed without considering any prevailing economic situation. A country with over seventy tribes that have different political aspirations. They all want to vote their own or at least forego voting. He decides whose business should thrive and whose should fall. He decides even the sentences in the courtrooms!

The people are slowly losing the motivation and hope of seeing a change in Uganda to which some have resorted to sit back and watch from a distance. Hundreds of activists are wallowing in prison. Some have mysteriously disappeared. The media houses that would help crack down such evils are slowly losing ground due to threats that rooster every day. Even the opposition that is responsible for the bringing down of the dictator looks so incapable and disorganized that people would rather stay with the devil that they know than an Angel they don’t.

Every day, Museveni thinks on how to sustain power in the next five years and designs all the strategies to balance the external and internal eye as the country’s institutions run in shambles. Unemployment now at 80%and increasing, poverty continuing to drill even into the former middle class. Job attainment running to the King Louis IV technical know who era, Something must be done and yet it can’t be done. The countries that would give an inspiration to have got free from dictators look even more troubled than when they had the dictators. I mean, look at Libya, D.R.Congo, and now Sudan.

Anybody is right to fear for what might happen after Museveni is gone. The army is all divided into different units; Special Forces, land forces and others. This might be normal for any country but if you scrutinize the inside of these units, there are certain percentages of particular tribes in particular units.

The rise of Bobi Wine seemed a great wave towards the deportation of Museveni. He tried in his best way to expose Museveni’s atrocities to the foreign lands. Problem is, you can’t only talk about bad things about Museveni. He already has an international image that will take long to get erased. I mean why should you fight a man who gives refuge to the refugees? The Pope can not second that! Why should you fight a man who dared to go and attack the most feared terrorist group Al quaeda in Somalia; even where United States had given up! How can you fight a man who has been greatly involved in peace keeping mission both in Military and round-table-talks. He is a man who knows how to play his cards very well.

When Bobi Wine made him realize the mighty power buried in Social media, he quickly employed a lot of heads to find a solution and he is almost there! I mean he has money and power. Which Ugandan blogger is rich enough to refuse free money to just praise “The King?“. Chances are, if you fail to accept money, better delete your page because the gun’s barrel may point at your head in the darkness.

Back to my point. If we let Museveni become our king, we will have created another peaceful monarchy in Africa to add to the one of Swaziland and Lesotho. And you know what? We shall have let the man rule without a lot of pressure and maybe he an then get time to think about the economy and not only thinking about sustaining himself in power every single day! If the Ugandan opposition have to dispose Museveni , they have to think harder and better than him, his resources and his diehards. I rest my case.